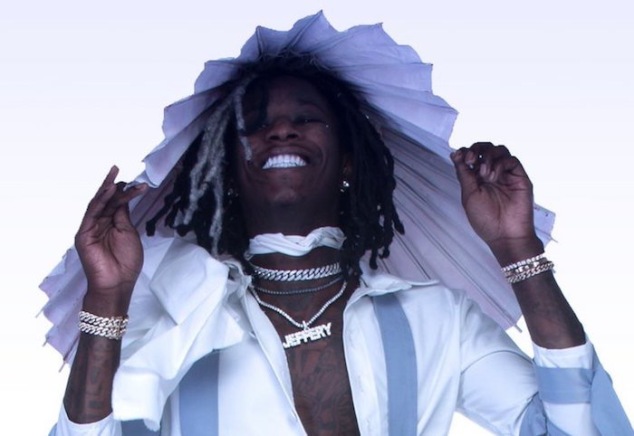 If the artist formerly known as Young Thug doesn’t do anything, he makes headlines. Earlier this week he announced that he would no longer perform under the monicker “Young Thug,” he now wants to be call “No, My Name is Jeffery”. The 25 year-old rapper whose name really is Jeffery also announced that his latest effort a mixtape called Jeffery as well would be released today.

The mixtape cover features the 6’3″ Atlanta native wearing a ruffled dress. Each of the nine tracks was reportedly named for one of No, My Name is Jeffery’s idols including hip hop royalty Swizz Beatz and the original hip hop headline maker, Kanye West. The 10 track, a bonus by the name “Pick Up the Phone” was previously released.

This is the third project from the artist to be dropped this year and has appearances by Gucci Mane, Young Scooter, Duke and Wyclef Jean amoung others. Stream it now on ITunes.