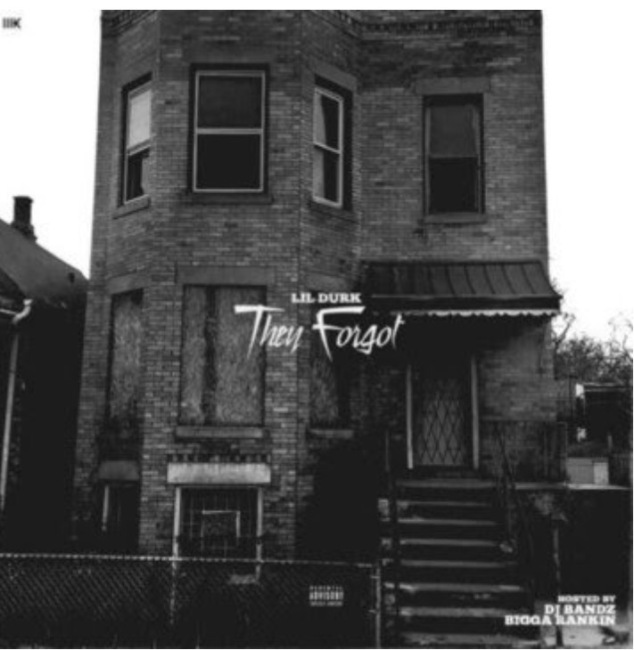 The mixtape was hosted by DJ Bandz and Bigga Rankin. 14 tracks total, two of which were previously released. Some of the hottest names in the game made appearances on this mixtape including 21 Savage, Meek Mill, and Dej Loaf. Some newer names including Hypno Carlito and BJ The Chicago Kid also make apperences. Production was lent by a team including Young Chop, C-Sick and KidWonder.

Lil Dirk hasn’t forgotten where he came from, the rapper paid homage to his city with the cover art. It’s solely a back in white phot of a home boarded up in the Englewood neighborhood of Chicago. He certainly stayed true to his Drill rap roots on this project, with lots of guns, money and women. Though more than half of the songs on the tape contain features They Forgot is a solid project and sufficient follow up for his album.