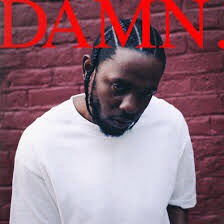 Kendrick Lamar announced “Y’all got till April 7th to get y’all shit together,” in closing “The Heart Part 4”. Whether or not that was the original release date for DAMN. became irrelevant the moment the album was released.

Just shy of an hour long, Kendrick Lamar’s fourth studio effort is a statement. Political, religious and social, DAMN. is an effective representation of Kendrick Lamar’s growth as an artist and a man.

The hip hop world took note when the Compton lyricist dropped his first single “Humble,” however it is doubtful that anyone could’ve predicted what was to follow. Kendrick Lamar created yet another lyrically sound, community empowering work of art.