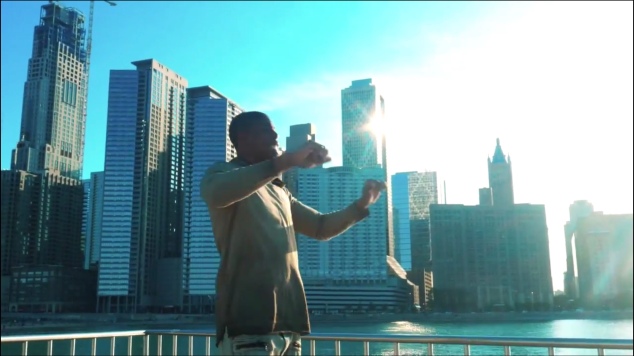 Probably the most versatile city in the world, Chicago can be the coldest place on earth or paradise. Hunnid captures that unforgivingly in his latest visual “Lake Shore Drive.”

Lake Shore Drive is undisputedly the most recognizable stretch of roadway in the city for all that it has to offer. From the Southside to the Northside, iconic views of the skyline and beaches that are world famous still serve as crime scenes in the eyes of many citizens. Hunnid captures that sentiment the way only he can. “Somewhere between Bump J, Common, and Chief Keef” is how Hunnid described himself on “Lake Shore Drive,” but also a very accurate depiction of what the city has to offer.

Hunnid’s remix to BlocBoy JB and Drake’s hit “Look Alive,” “Lake Shore Drive” combines lyrics depicting the harsh reality of being from a Chicago hood with breathtaking views of downtown.

One thought on “Hunnid is on Lake Shore Drive”