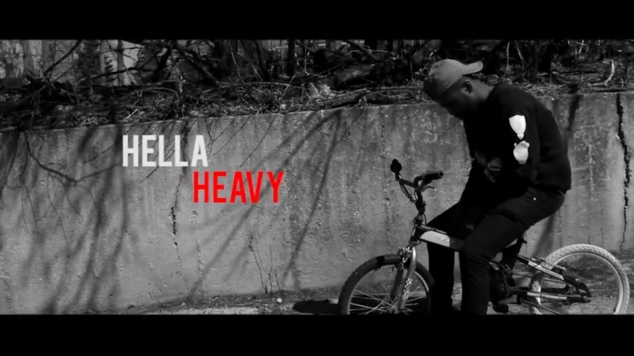 Some rappers claim to be the king of the city they live in for clout, not Keenan Davis. The Chicagoan reiterated that isn’t the king of the Windy City on his new single “Hella Heavy”, but it is hard to believe he isn’t on his way.

No fancy cars or pretty women, “Hella Heavy” is all about Keenan Davis. The lyricist appears on a bike, in an empty parking lot and in front of a corner store in his latest visual. It’s black and white which adds a dramatic effect, but factually it’s unnecessary. The music speaks for itself.

The 27 year-old artist did not come to play. His lyrical growth and versatility of flow took center stage on “Hella Heavy”, so much so that the visual wasn’t necessary. Undoubtedly, artistry is alive and well in Chicago and Keenan Davis is walking, rapping proof.

One thought on “Keenan Davis is Hella Heavy”