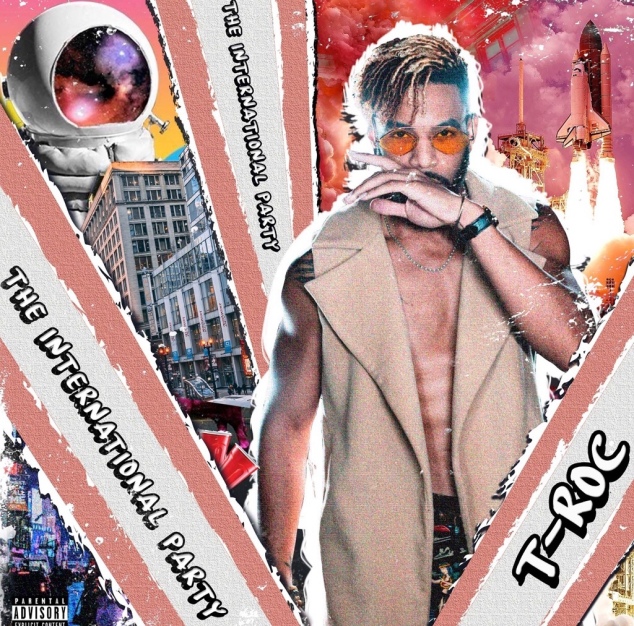 After years in the spotlight in various capacities, Chicago based entertainer T-Roc, finally, released his debut EP, The International Party.

T-Roc has spent most of his life performing in some way from or fashion, so for him to release The International Party fans are relieved. After experimenting with a plethora of sounds and talents, T-Roc nestled quite nicely in to an EDM/Pop sound. T-Roc’s sound is indicative of his personality: high energy, positive and an all around good time.

The all around entertainer doesn’t quite tap into all of his talents for The International Party, but perhaps that’s for the best. The singer, songwriter, rapper, and dancer only delivered five tracks and to pack all of his many facets into 18 minutes likely would have overwhelmed the world.

For anyone unfamiliar with T-Roc, The International Party is the perfect project to get acquainted with. For long time fans of entertainer and philanthropist: be prepared to get reacquainted with the artist you love.