It’s finally summer, though the weather in Chicago is having a hard time figuring that out. Never to worry, the musicians have it all figured out and Miranda6PM is one of them. She hot new single “Mr. Right” feels just like summer time Chi.

A joint effort with Audrey Valentine, “Mr. Right” spawns from Miranda6PM’s debut album Before and After 6PM. A far cry from the “City Girls Summer” many thought would be a good idea, this duo is looking for an equal.

Known for her quick wit and smart lyrics, Miranda6PM has a style all her own and “Mr. Right” is proof. 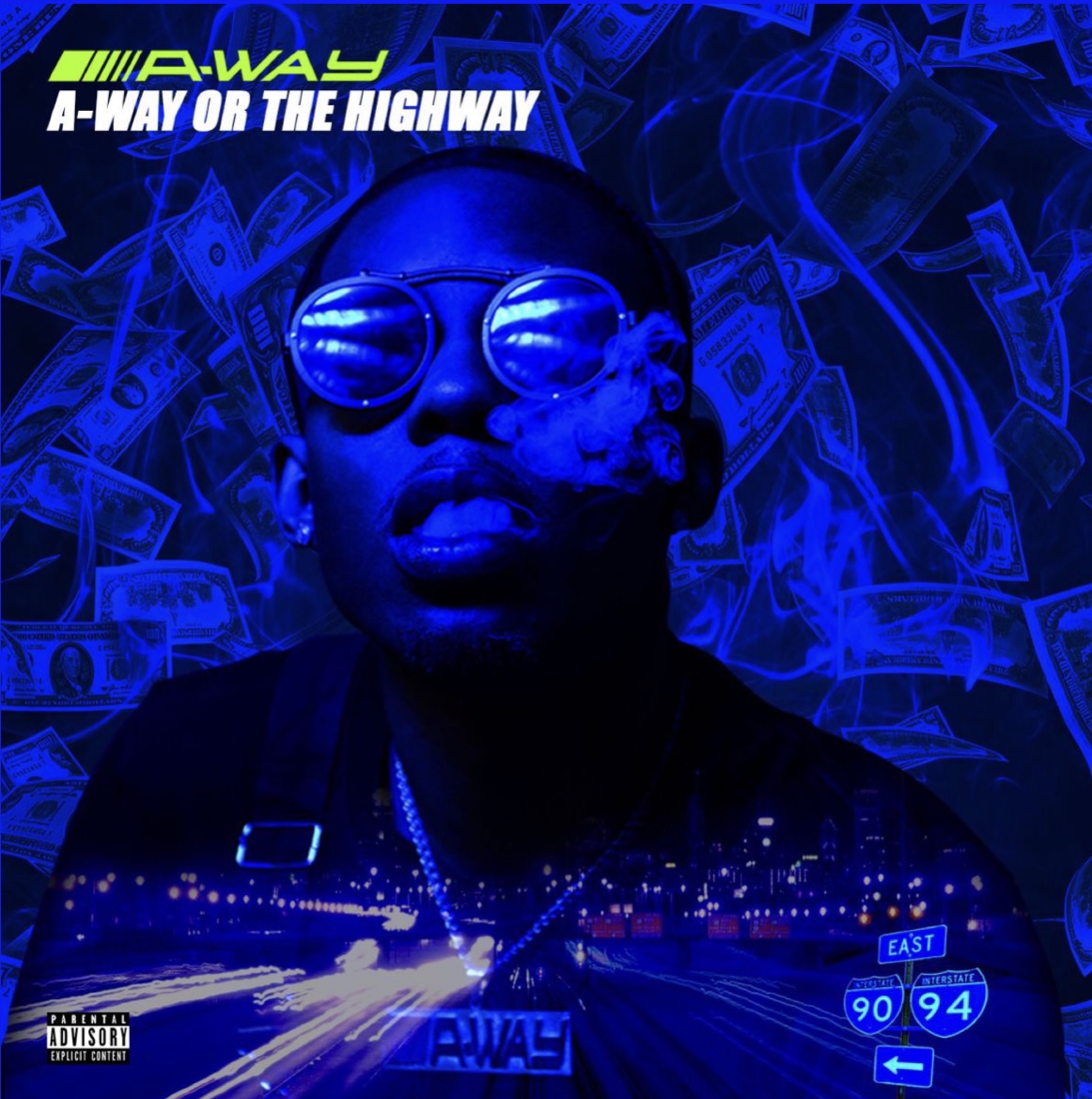 Well equipped with lyricism and a hustler’s spirit, A-Way has every right to send anyone packing who does not fall inline. The Chicago based rapper puts both qualities on display throughout his new release A-Way or the Highway.

A-Way or the Highway is a unique combination of lyrical talent, trendy sounds, and typical hip hop themes. A-Way’s “get money or be broke” mindset is ever apparent on the single “Don’t Jog (Run).” The rapper teamed up with the multitalented Clark Airlines to remind women that they can miss out on a good thing too on “Regret.” “Freaks” with 300Rez is a uptempo, strip club anthem easily befitting for Houston, Atlanta, or Miami.

Versatile and multifaceted, A-Way or the Highway” is an effort A-Way should be proud of. He effectively puts is talent and creativity on display with this 11 track effort.

A-Way or the Highway

After relocation and a name change the artist formerly known as Mr. Mag is back. Now residing in Atlanta his new music is under the moniker Qua.litti. Never to worry Qua.litti is the same same artist fans know and love and he’s got a new album Omni, to prove it.

Omni has something everyone can appreciate: raw lyricism, slick production, and substance. Despite everything Qua.litti brings to Omni, the rapper still had room for assistance. Ash10 and Sire are among the artists who lend their talents to the nine track release.

Chanelle Tru celebrated International Women’s Day in a rather unique way. On March 8, the Chicago based artist debuted her album Ha|Ve.

Ha|Ve reminds the world that Chanelle Tru is so much more than a pretty face. The multitalented singer, rapper, songwriter, dancer and actress flexed quiet a few creative muscle on her highly anticipated new album. Despite the fact that she could have probably done it all on her own, Chanelle Tru does share the creative spotlight just a bit on Ha|Ve. The Other Eric, Cosha TG, and Sprado lent their talents to the 15 track effort.

Ha|Ve or “Hate to Love” delivers a little more than 45 minutes of tales for those who have gained or lost love.

For years JmoefrmdaBAM has not only influenced his fans, but served as a representation of them as well. That mix of influence and representation, in combination with undeniable talent culminate on JmoefromdaBAM’s new album Yeezy Project.

In just less than 40 minutes JmoefrmdaBAM takes fans on journey. An emotional roller coaster to say the least, if Yeezy Project does nothing else it will make listeners feel.

Though he certainly could have done it alone, JmoefrmdaBAM recruited a few friends to help navigate Yeezy Project. D. Brooks Exclusive has a feature, as well as production credits. Kd Young Cocky and Stoney are also among the featured.

In anticipation of the release of his debut album Mari Had A Little Lamb, on Valentine’s Day Don Parious premiered his first single, “I’m Just Saying.”

Choosing a lead single for an artist’s first album can be stressful, but it seems as though Don Parious has the formula. “I’m Just Saying” an adequate representation of the rapper’s “lyrical and soulful sound,” it has a catchy hook, and it’s easy to listen to. What more could fans ask for?

Fans could ask for a dope visual to accompany such a single, but Don Parious has that covered as well. The “I’m Just Saying” visual also debuted Thursday. Co-starring the gorgeous Allegra Dayo as Don Parious ‘s companion, “I’m Just Saying” chronicles the couple exploring Chicago while sharing their lives.

While Mari Had A Little Lamb isn’t expected until late March, hopefully “I’m Just Saying” will be enough to hold fans over for a while.

What better way to go into 2018 than with a compilation album produced in its entirety by Chicago native Hearon Trackz? Seven 7: Godz is a culmination of some of Chicago’s most notable artists doing what they do best over groundwork laid by the super producer and frankly it should make Chicagoans proud.

During an era of hip hop in which everything sounds familiar, Seven 7 is what music fans are looking for. The album offers the versatility of more than 20 Chicago based artists and despite every track being the product of Hearon Trackz, no two sound alike.

Chicago hip hop icons and new comers contribute to Seven 7 being an album with something for everyone. Never before heard tracks, previously released music and collaborations that could only come to fruition over Hearon Trackz beats is the only way to sum up Seven 7.

Seven 7 is evidence that the only thing colder than the winter in Chicago is the music. Shawnna, Queen Key and Lucci Vee make it crystal clear than talent shows no gender preference delivering lyricism that undoubtedly rivals their male counterparts. Ty Money, King Louie, Rockir Fresh and a host of others contribute lyricism, while Slitta lends smooth vocals and Chairman Fred Hampton Jr imparts words of wisdom to what will certainly become the soundtrack for the city.

The 34 year-old has been rather quiet this year and good good reason. The 14 track effort speaks for itself. New Wave is 40 minutes of real lyricism.

Unlike Stalley's previous projects, he hasn't recruited any of his lyrically inclined friends for New Wave. Though featureless, nothing was left to be desired. Stalley stood on his on as an artist with diverse flows and punchlines fans can appreciate.

Beyoncé is not the only Knowles sister who knows how to stop the world. Friday, Solange commanded the spotlight with the release of her latest album A Seat at the Table.

Undoubtedly, a colorful combination of songs and interludes that could not have come at a better time in music. The 21-track album features a handful of artists, including Lil Wayne and The-Dream and was vocally and lyrically crafted to re establish that in the conversation of talent the second Knowles sister certainly deserves a seat at the table.

As if the release of such a polically charged album on Friday didn’t create enough headlines, Solange and husband Alan Feguson released two visuals on Monday. Both fashionably iconic and teeming with creativity the videos for “Cranes in the Sky” and “Don’t Touch My Hair” tell stories of energy and freedom that it’s just easier to understand if you’re black.

The album is available at solangemusic.com

Cranes in the Sky: