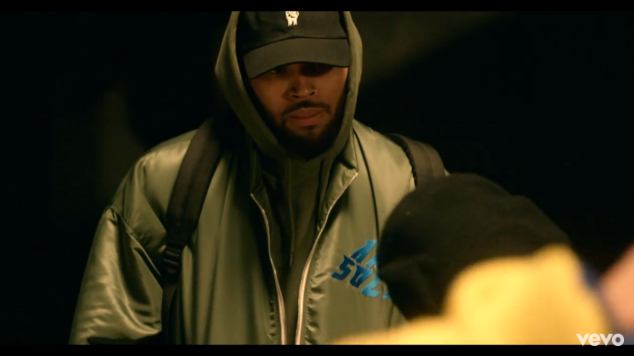 Not that he ever gave any reason to question if he did. The 27 year old entertainment phenom started counting down to the release of his new single party on social media earlier this week. At midnight he announced that “Party” was available on Apple Music. The feel good anthem features rnb veteran Usher and hip hop heavy hitter Gucci Mane.

Chris Brown has been relatively quiet this year, “Party” is the only official single he’s released since “Grass Ain’t Greener” which debuted in May. Slated to be on his 2017 album, Heartbreak On a Fullmoon, the video for “Party” also made its debut overnight.

The video opens with Breezy handing over his backpack and watch to a gang of children before a dance sequence to his online hit “Kriss Kross”. The other four minutes are pretty similar, both Chris Brown and Usher dance alongside some of the internet’s dopest dancers, including Ayo & Teo, and a whole lot of Black Pyramid hoodies.