Drill rapper King Samson may be known for his dangerous lifestyle, but in 2018 he should be known for his work ethic. Two days into the year the Chicagoan posted his lasted visual “Morrisons” and two days later it’s doing numbers.

Like many of King Samson’s other songs Morrison’s documents his life as an active gang member. The 29 year old rapper teamed up with Rickee Arts for direction credits on the three minute and 45 second video. The visual is fairly standard as far as music videos these days, equipped with the rapper, several of his friends, expensive jewelry and firearms.

Despite, the rather rudimentary theme of the video “Morrisons” has still garnered the support of fans. The video has been watched on YouTube nearly 6,200 times.

The 14 track compilation could also serve as a “who’s who” of the music industry, featuring Rihanna, Tory Lanes, Lil Uzi Vert and Future. The production list is just a stacked with well known names including Mark Henry, AraabMuzik and Sonaro.

In typical Fabolous fashion, he delivered some new music, his version of some of the hottest records on the radio and an iconic cover.

It’s been a hell of a year for up and comer Dev Walker this far. After two successful singles and spending his summer taking over Chicago one performance at a time, the multitalented singer, songwriter and lyricist just released his third single, “Beautiful”.

Definitely something for the ladies, the feel good track shows a different side of Dev. Certainly solidifying himself as a ladies’ man with this song, the former athlete also displayed his vocal versitility. Despite some high notes that will undoubtedly make some school girls blush, Dev didn’t hesitate to remind fans that he has bars as well.

Check it out on SoundCloud:

The rapper’s south side roots are apparent on songs “What Do I See” and “We Good”. Both depicting the less than glamorous lifestyle that almost led to Lawry to unpromising future, there’s a message of hope as well.

The brother of Omega Psi Phi is slated to release his debut mixtape, Food 4 Thought,  before the year ends.

For anyone who may have doubted it, Khalfani proved to the world that he’s working by release two singles last week: “Invisible” and “2 Liters.” Despite both tracks being laid back, ideal for summer night rides on Lake Shore Drive, there’s no shortage of creativity here.

“Invisible,” an ode to creating and celebrating one’s own success despite naysayers has an almost blues-like sound that makes the track easy to get lost in. “2 Liters” is a kickback anthem. The song has an infectious melody and describes what it’s like to hang out with Khalfani for an evening.

Listen to both songs below:

Though he boasts of a unique sound, calling Southern California home has definitely influenced Bad Newz Greatest. His westcoast roots are all too apparent on his latest single “&BYF”.

& Bring Your Friends or “&YBF” is the fifth single from Bad Newz Greatest’s upcoming album, I Live Forever,  slated for release at some point this year. The single has gained the artist notarety in the U.S. as well as overseas.

&BYF is available on SoundCloud: &BYF as well as iTunes, Tidal and Spotify.

The 17 year-old vocal prodigy of 323 Music Group, Rayven Lenae doesn’t want to see or be you. With a neo-soul sound, years ahead of her time, the under aged Chicagoan is taking the world by storm.

The red haired beauty released her first EP entitled Moon Shoes in August of 2015 and hasn’t looked back since. Opening for G.O.O.D Music recording artist Teyanna Taylor, being featured in a VANS editorial shoot and being named one of Chicago’s next hip-hop visionaries are just the beginning for the songtress.

Her latest release, “Right of Spring” was produced by Ermahnx and is a sure fire reminder of why Rayven Lenae is an artist you’ll need to know.

Check it out on SoundCloud: Right of Spring 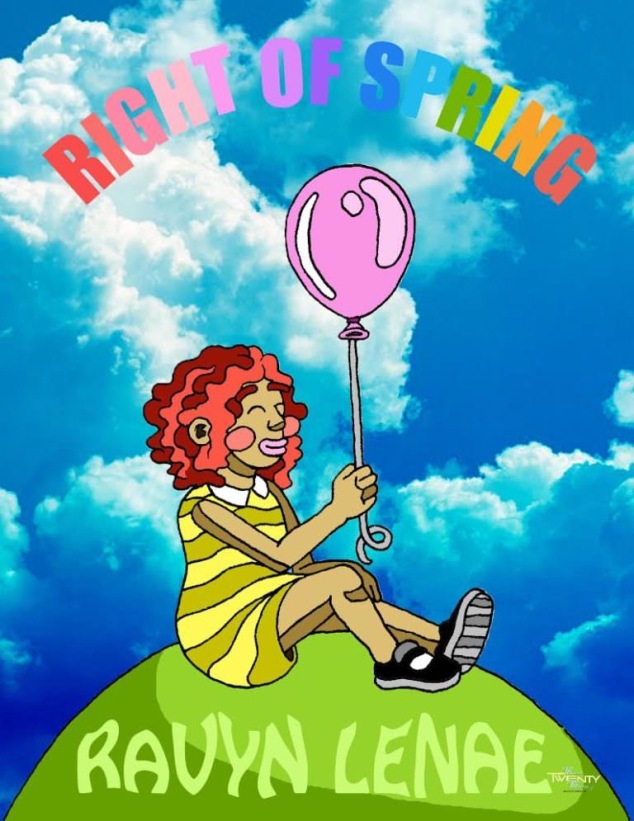 There’s no sign of slowing down for lyrist Hunnid. He followed up the October release of his M.O.M.M. 5 with his latest effort: MALCOM HUNNID KING. “I’m embarking on a path where our forefathers used their voice to trigger change and hope. I combined two of the most influential opposite African American political figures. Malcom, who used a more aggressive tactic and Martin who used a more peaceful tactic. I’m essentially a combination of the two which led to the creation of MALCOM HUNNID KING.

Though only recently released the majority of the music is at least 4 years old. According to Hunnid, despite the songs being previously recorded they are pertinent. more now than ever. “The war is not over. Everyday is a fight, every is a battle. With everything going on in the world politically, economically, racially etc. this composition is timely sound.”

Despite having a political charge, Hunnid still delivers a variety of subjects and flows on MALCOM HUNNID KING. This project features some of the usual suspects including M.A.G and Mickey Buckz, in addition to fellow Chicagon Don Perrion and  California native Ty Crane. Chino and Blue on da track lent production to the effort.